I Stopped Chasing Money—Here’s What Happened

A lot of people have incredibly noble goals. They see problems in the world and envision solutions. They dream of helping others and providing service for generations to come. Growing up a chubby, middle-class kid in Tacoma, Washington, I was not one of those people. I knew two undisputed truths about my future: One day I was going to be rich, and one day I was going to have six-pack abs. I had no idea how I was going to make either of those dreams come true, but together they were my north star.

I have since achieved those dreams, but getting there required a complete overhaul of my priorities. Oh, and a stupid amount of suffering along the way.

I chased money for years. As a child of the ’80s, for me, getting rich was the American Dream. Most people I knew wanted to be rich. Few of them actually made it a priority, but it was there in the back of their minds as something that would be cool. The concept of getting rich is the real-life equivalent of the siren song that seduced sailors to crash into the rocks in Homer’s The Odyssey. It’s a glorious idea, but chasing money for the sake of money is a sure way to become emotionally bankrupt.

Getting rich is hard. There is no shortcut to success. You have to bust your ass. You have to give yourself over to something completely. You have to build something so valuable that people willingly trade their hard-earned money, and that requires blood, sweat and tears. So when that siren calls with promises of big houses, fast cars and yachts, remember the rocks are years of your life overworking for something you might never achieve. At some point, as you’re slogging away in the name of money, you will ask yourself, Is this all worth it? The answer will be no. Because the money isn’t guaranteed, but the pain of trying to get it is.

If countless people have crashed into the rocks of unguaranteed success, why don’t more people follow Odysseus’s example and strap themselves to the mast so they don’t succumb to money’s siren call? The answer is simple: Money is actually that powerful.

Money is awesome. Generating wealth is life-changing, in ways big and small. It’s crazy. It’s even better than you think it is. But it’s not at all what you’ve been told. And sadly, like so many before me, I had to learn that the hard way.

I’ve lived the cliché that “money can’t buy happiness.” Eight and a half years into my entrepreneurial grind, I was the co-owner of a technology company and a C-level executive. I was making more money than I’d ever made in my life, and I was completely miserable. As Tony Robbins says, “Success without fulfillment is the ultimate failure.” And that’s exactly how I felt.

At some point, as you’re slogging away in the name of money, you will ask yourself, Is this all worth it?

I was playing the wrong game. The game I thought I should play was getting rich. In reality, the only game that matters is brain chemistry. The comedian Jim Carrey once said, “I think everybody should get rich and famous and do everything they ever dreamed of so they can see that it’s not the answer.” With Carrey and Robbins ringing in my mind, I began to think there had to be a better way. I began to think, I want to feel good today. I don’t want to keep living for some far-off day that might never come—where I’m rich and finally feel good about myself.

And that’s what people don’t understand about money, or even success: You can have all of it and still hate your life.

People have chased money from time immemorial. And like many things in life, people chase it without fully understanding what’s driving them. I wanted to be rich because when I looked at people with money, I was filled with admiration and envy. I assumed their lives were amazing because I made the mistake of conflating money with happiness or, perhaps even more delusional, with fulfillment.

Money is the great facilitator. It makes things happen. It can build schools, buy better health care, fund startups and pay for vacations. It can buy better houses, better cars and send rocket ships to space. That’s precisely why it will forever remain a universal obsession. It really can do those things and much more.

No matter how hard you work, the money is not guaranteed. You could launch a dozen businesses and fail at them all. When I realized that, I decided to leave it all behind. I went to my partners, returned their equity and walked away. My plan was to cut my expenses as low as humanly possible, move to Greece with my wife, finish learning the language and write—one of the things that has always made me feel most alive.

Driving home after I quit, I felt as if the weight of the world had been lifted off my shoulders. I had been miserable for so long—years, in fact—that I had forgotten what it felt like to be excited about the future. But I never made it to Greece. I didn’t even make it all the way home before a phone call would change my life.

Doing It the Right Way

The phone call was from my business partners. They wanted me to go out to dinner with them. They told me, “We could do this without you, but we don’t want to.” Those words changed me, connected me to something other than the pursuit of money; it connected me to the brotherhood.

I realized the brotherhood was more important to me than the business. I realized that I had been subverting my true belief system in service of chasing money for a long time, and that was the real source of my anguish. And it was in fact anguish. So I laid everything out on the table for them. If we were going to continue working together, we needed a new set of priorities. We had to find a way to build something based on passion. It had to be something that we would love doing every day, even if we were failing. We ultimately decided to sell the technology company and build something new.

That new thing ended up being Quest Nutrition, and we built it on the foundation of adding value to people’s lives. We promised each other that we would no longer be steered by money. Instead we were going to ask ourselves a simple question: What delivers the most value to our customers and our employees? The greatest irony is that once we stopped focusing on money and began focusing on adding value to people’s lives, we made money. We landed at No. 2 on the Inc. 500 list. We were valued at more than $1 billion. In fact, Quest has made more in a single day than our previous company made annually. Best of all, we were having fun.

My priorities are camaraderie, adding value to people’s lives, solving big problems, having fun, following my bliss, autonomy, gaining mastery and only then making money.

Even as chasing money had begun to erode me, it was still abundantly clear that learning to think and act like an entrepreneur was the most profound transformation of my life up until that point. I had shifted from a fixed mindset to a growth mindset. If you’ve seen the movie The Matrix, you know what I mean when I say I took the red pill. I woke up to the way the world really is. I no longer believed that my talents and intelligence were fixed traits and realized that my brain was capable of massive adaptation. I realized that humans are the greatest adaptation machines the world has ever seen. And as such, I could succeed at anything I set my mind to. I let go of all the false beliefs that had held me back. I stopped believing that I wasn’t good enough and realized that I simply wasn’t good enough yet.

Being aggressively myself allows me to have the kind of success that I dreamed about as a kid. My priorities are camaraderie, adding value to people’s lives, solving big problems, having fun, following my bliss, autonomy, gaining mastery and only then making money. Now that I know what I care about, what makes me feel alive, and how I can monetize being of service to others, I’ve never had more fun or felt a deeper sense of fulfillment. Some days are still big baskets of suck, but it’s easy to fight through those days because I know what I’m fighting for.

As Viktor Frankl, the legendary neurologist and concentration camp survivor made very clear in his book Man’s Search for Meaning, when you know the purpose of your suffering, you can endure virtually anything. Once I learned money makes a terrible why, I swapped that out with gaining useful skills, and put those to the test in service of something larger than myself. Only then I found I could work unbelievably hard, harder than I’ve ever worked, and absolutely love and enjoy my life.

There’s no one path to heaven. My story is but one of many stories of people who have found the thing that works for them. I don’t think the specifics of my story are important, but the one thing that I hope you take away from my trials and tribulations is that you can make the demand that you not only succeed at the highest level, but that you enjoy the process of what you’re building. There doesn’t need to be a conflict between who you are at your most honest and vulnerable, and building a big business. We’re living in a time when the kingmaker traits are authenticity and transparency. Identify what makes you come alive. Figure out how you can deliver an obscene amount of value to people. Remember that fun is a critical part of the equation, and always push yourself to improve. Do that and the money will follow. If you want six-pack abs though, you still have to suffer. But that’s a whole other article.

This article originally appeared in the September 2017 issue of SUCCESS magazine. 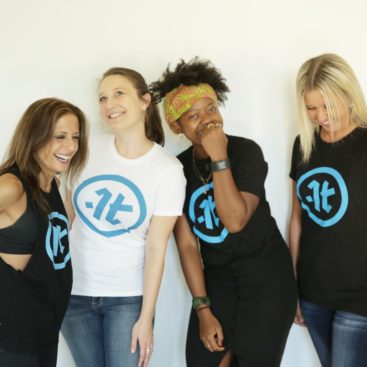 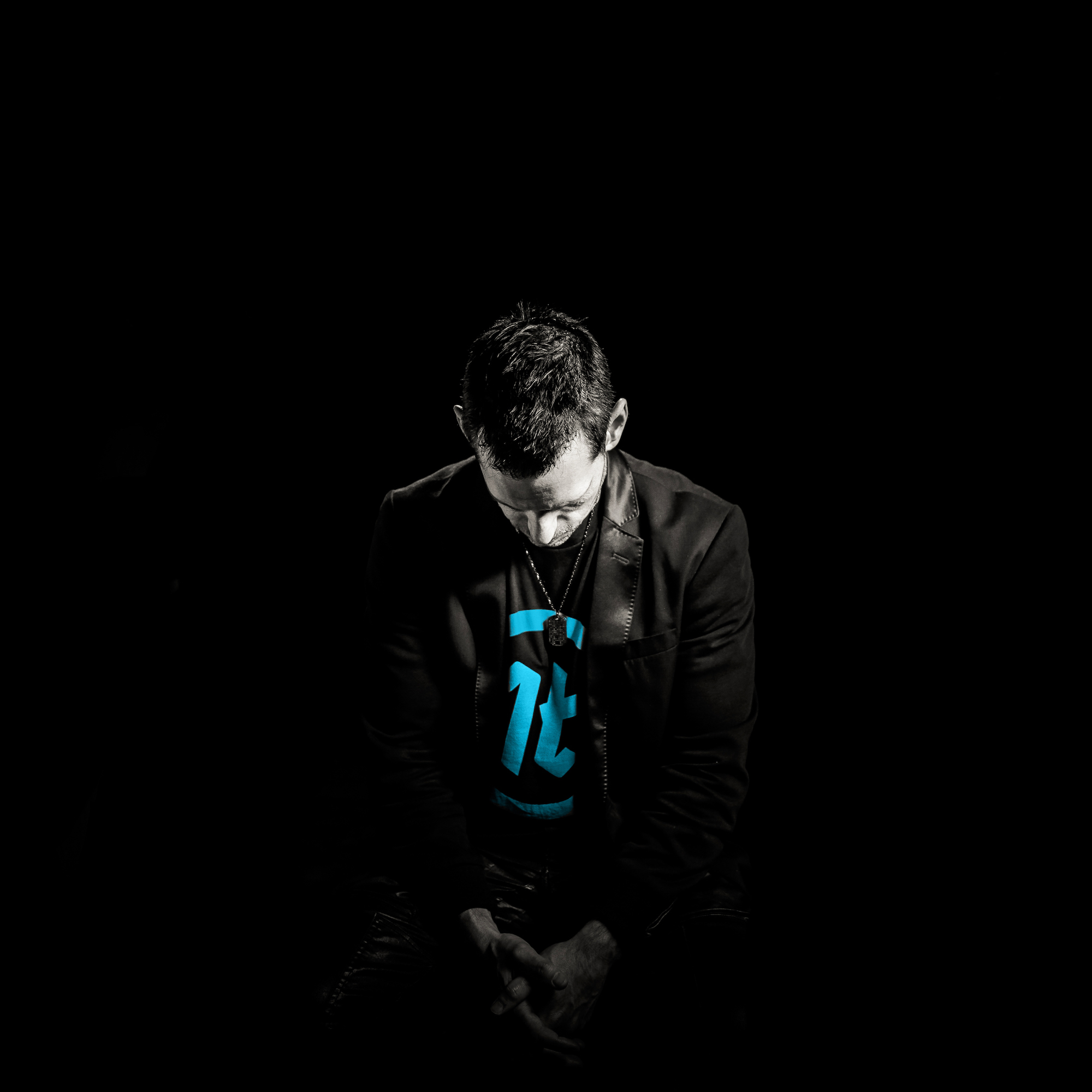