How To Laugh In the Face of Danger

Before he was the “Jon Stewart of Egypt,” Bassem Yousseff was a heart surgeon in Cairo with no online following. But when the revolution broke out in Egypt in 2011, he and his friend decided to take action, launching a satirical show that brazenly mocked the government in a way that had never before been seen on Egyptian TV. He became an overnight sensation reaching 5 million views within the first three months. His hit series named “The Show” became the most watched show in Egyptian television history, raking in 30 to 40 million viewers per episode. As he rose to stardom, detractors called for his death, and yet, Bassem continued to produce his show until it became too dangerous for any station to carry. He ultimately fled the country out of fear, not for his own life, but for the safety of those around him. Meet the man that Time Magazine named one of the world’s most influential pioneers in this episode of Impact Theory with Tom Bilyeu. 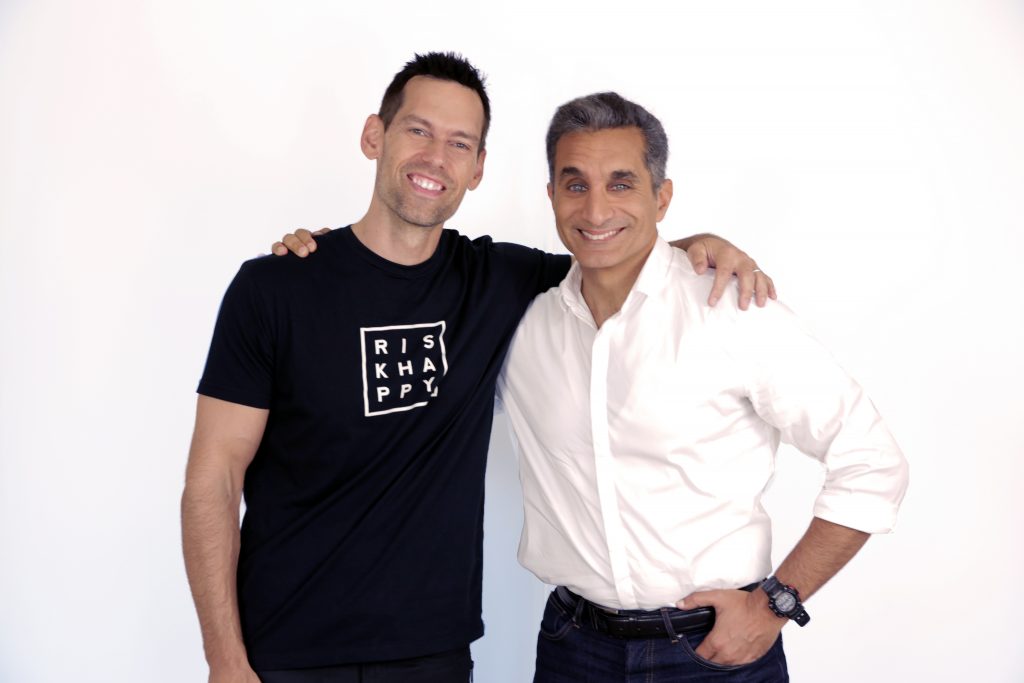 “We are born into a society that just wants to put you into molds and it’s a struggle to continuously break those molds.”
– Bassem Youssef

Bassem walks through the experiences that led to the birth of his political satire show. [4:03]

Bassem shares why he stayed in the midst of revolution. [10:21]

Bassem describes his reaction when he saw his documentary for the first time. [13:12]

Bassem explains his motivation and what drove him to keep moving forward. [16:38]

Tom and Bassem go deep on why ideology trumps facts. [20:03]

Bassem talks about breaking free from what holds us back and why humans are fragile. [24:12]

Bassem shares an important takeaway for his children and his conversation with Jon Stewart. [27:00]

Bassem recalls his decision to become a surgeon and how his family handled the success of the show. [31:08]

Bassem derives similarities between the political climate in the U.S. and political narratives in Egypt. [34:53]

Tom and Bassem discuss why fear is a powerful motivator and why satire is a great weapon. [36:13]

Bassem reveals his most frightening and most beautiful discoveries about human nature. [38:07]

Bassem discloses his mission to educate people about food choices and how to change behavior. [41:07]

Bassem defines the impact that he wants to have on the world. [44:13]

Revolution for Dummies: Laughing Through the Arab Spring – http://amzn.to/2g9BEpu [2:13]