Danica Patrick is the most successful female race-car driver ever. And when she burst onto the scene, she attracted a level of attention and pressure that would have crushed the average person. But instead of faltering or quitting, she thrived. On this episode of Impact Theory with Tom Bilyeu, Danica Patrick shares the most valuable lesson she ever learned, discusses the process towards authentic self-belief, and explains how she achieves such incredible focus. 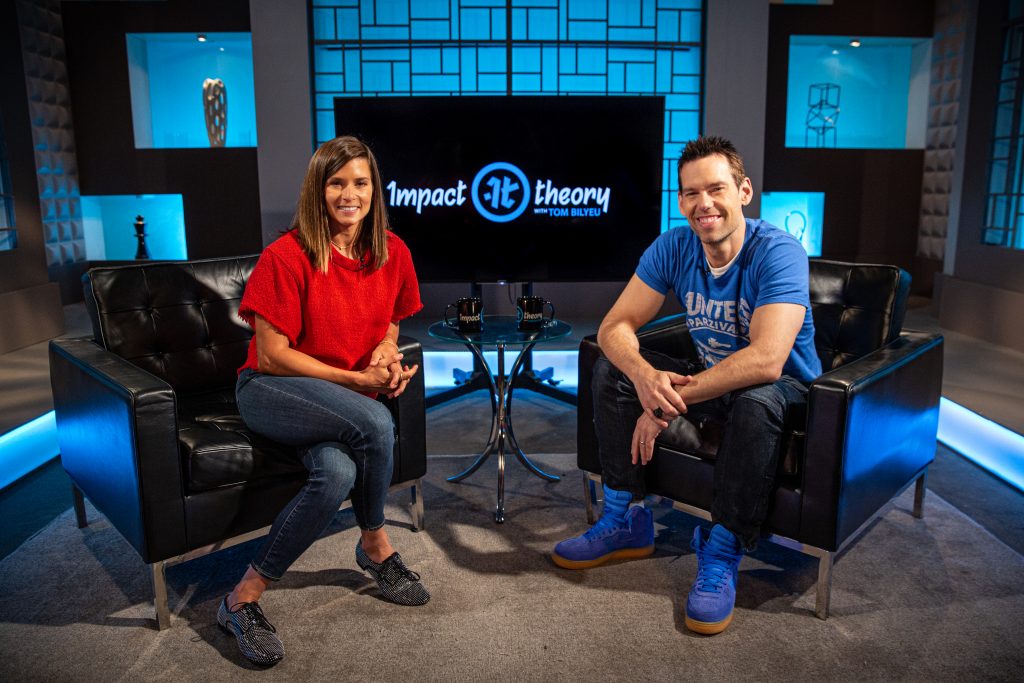 Danica hypothesizes on why there are so few women in racing [3:33]

Danica explains why she kept racing after her sister quit [4:36]

Danica describes how she built a mindset that allows her to win [6:48]

Danica shares why she dropped out of high school to go to England to race [8:41]

Danica explains why putting in the work eliminated insecurity [11:40]

Danica talks about what drives her, and how her passions are organic [13:50]

Danica says that her guiding principle is her intuition [18:32]

Danica thinks that she isn’t particularly good at dealing with change [20:43]

Danica and Tom discuss getting over the finish line and authentic self-belief [23:49]

Danica explains how she deals with pressure [27:09]

Danica shares the most valuable lesson she ever learned [30:46]

Danica explains how she focuses on the emotions she wants to feel [32:36]

Danica answers whether she believes in fate, frequency, energy, reincarnation [34:37]

Danica shares her one pinnacle trait [39:04]

“The reason I didn’t get insecure about the sh*t people were saying about me is that I was doing my best.” [12:56]