If You Can’t Change Your Emotions Do This Instead

This week’s guest on Impact Theory with Tom Bilyeu is author, speaker and entrepreneur Hal Elrod. After literally dying in a car crash, Hal woke up in a hospital bed and was told by his doctors that he would never walk again. Thanks to intense visualization and affirmations and perhaps some grace, Hal took his first step 3 weeks later. In this episode he talks about the miracle morning, the key personality traits of successful people and how to overcome any trials and tribulations you face in life. 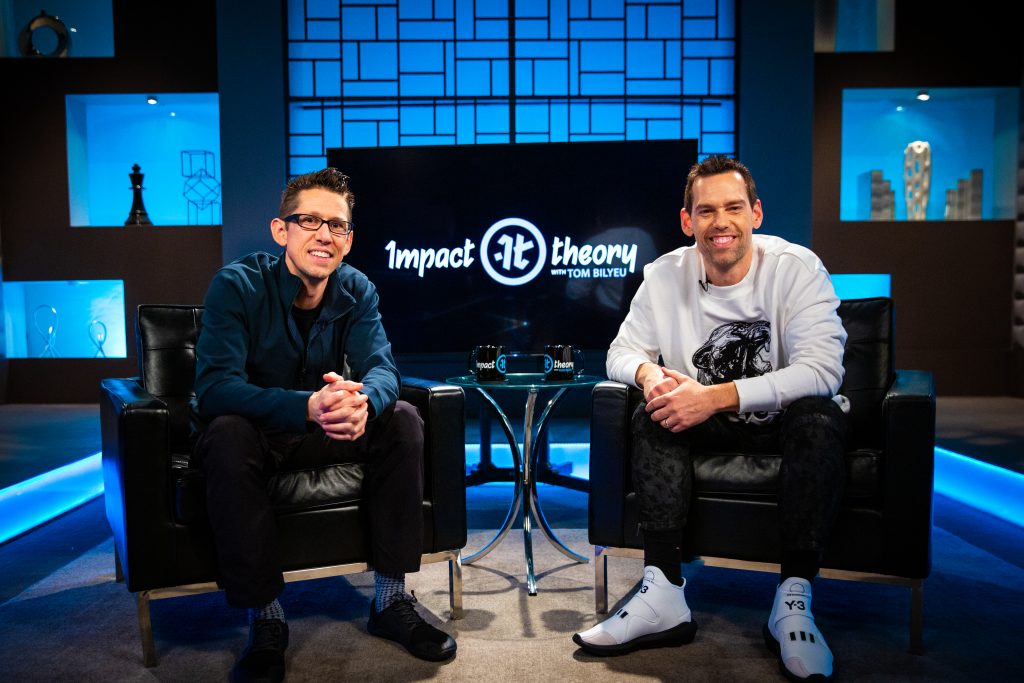 This episode of Impact Theory is brought to you by our sponsors:

How Hal Elrod gains control of his emotions with the 5-minute rule [2:46]

How he went from being told he would never walk again after a fatal car crash to taking his first step just 3 weeks later [4:09]

How he deals with the potential for embarrassment and disappointment by doing it anyway [13:58]

How he overcomes fear and why he’s made peace with death [18:48]

How he dealt with his cancer diagnosis in the face of leaving his children and wife behind [21:19]

How he uses affirmations to overcome fear and negative thoughts [22:46]

Hal’s anti-cancer affirmations and practices are what saved him when he had 1 week to live [24:08]

What he did to his mindset while he was going through chemotherapy, and how he deals with negative emotions [27:43]

The emotions that will most serve you when you’re going through the most difficult, painful and scary times of your life [30:00]

The miracle equation book he’s been working on, how you create miracles [32:08]

The key foundational trait that’s given Hal Elrod the ability to accomplish everything he’s done [34:28]

The shocking story of how his baby sister passed away [36:11]

The most fundamental key to success as according to Jim Rohn [39:00]