The Quick Part is a Lie, But This Guy Will Teach You How to Get Rich

Are you tired of personal finance advice that makes you feel terrible for buying lattes? Well, the “no-BS money man for the new generation”, Ramit Sethi, is tired of bad personal finance advice too. Instead of giving you guilt trips about life’s daily pleasures, he tells you how to negotiate a 25k raise. On this episode of Impact Theory with Tom Bilyeu, Ramit Sethi, author of “I Will Teach You to be Rich”, does just that. Find out how to negotiate big raises, control your spending, get out of debt, and form positive money habits that will make you financially free. 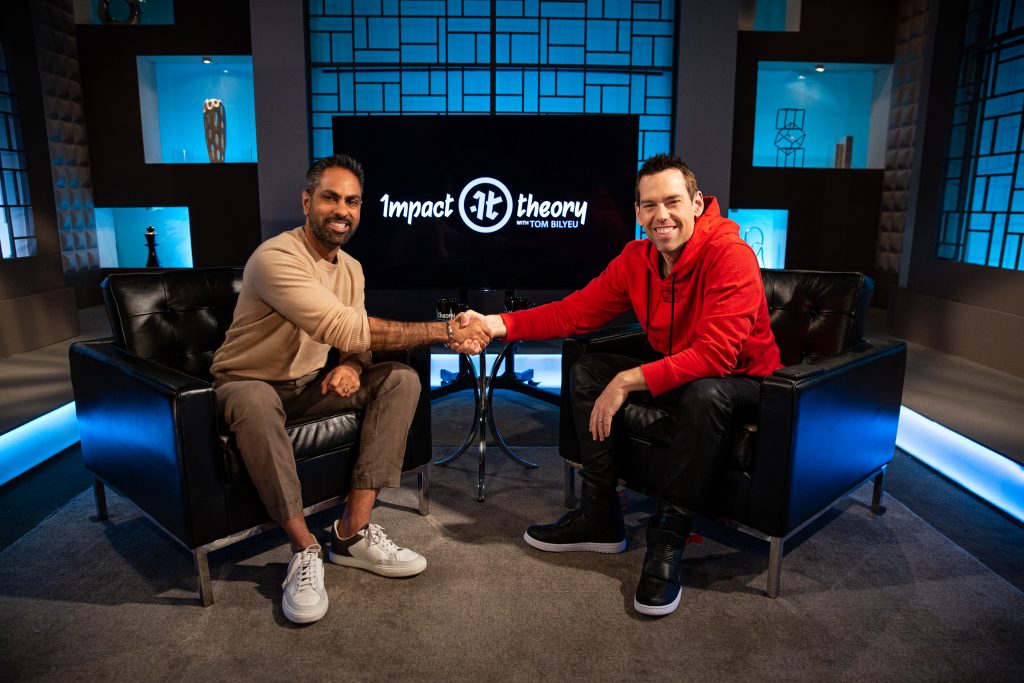 Ramit describes the connections between systemic inequality and mindset [2:39]

Tom and Ramit discuss how to get through to people about making money [8:09]

Tom and Ramit discuss spending on what you really love [12:20]

Ramit illustrates how people victimize themselves [31:53]

What kinds of rules should people have around money? [34:53]

Ramit describes how to have deep conversations in relationships [40:41]

Ramit explains what rules new couples should have around money [43:20]

How people should think about saving and debt [45:58]

Ramit talks about the small minority of people who are obsessed with money [48:17]

Ramit shares the impact he wants to have on the world [49:39]

“Lattes is a classic example. Everybody tells you not to spend money on lattes. That’s the worst advice ever! Buy as many lattes as you want.” [11:12]

“When I ask people what’s a rich life to you, they usually say two things. Freedom, which is a very nice word, but kind of generic. And they say a number, usually a million bucks.“ [14:58]

“No matter what, you will get the shit kicked out of you at some point in life. And you can take two routes. You can say, Oh that sucks I’m never gonna do that again. Or you can say, oh, that did suck, what did I learn from that? How can I improve?” [20:33] The sports betting and online casino company bet365 is not very nice to its German players. So get yourself a very good bet365 Alternative and start over. With our recommendation for a website that shows you some good alternatives, you should definetly try out that link and find a good alternative or sister site for the bet365 online casino.