Tai Lopez is living proof that the rich and famous entrepreneurial lifestyle is possible for the Millennial generation. Over the course of his career, he’s founded, invested in, advised, or mentored more than 20 multi-million dollar companies, and his book club and podcast reaches 1.4 million people across40 countries. But don’t be blinded by the glitz and glam of his current lifestyle. In the beginning, Tai was a college dropout living on his mother’s couch. With only $47 in his bank account, and an insatiable desire to learn, he sought out mentorship to take him to the next level. Continually optimizing his life for adventure, he sheared sheep in New Zealand, lived with the Amish, worked in a leper colony in India, and helped pioneer grass-fed sustainable agriculture. Meet the new media mogul, social media pioneer and serial entrepreneur in this insightful episode of Impact Theory with Tom Bilyeu. 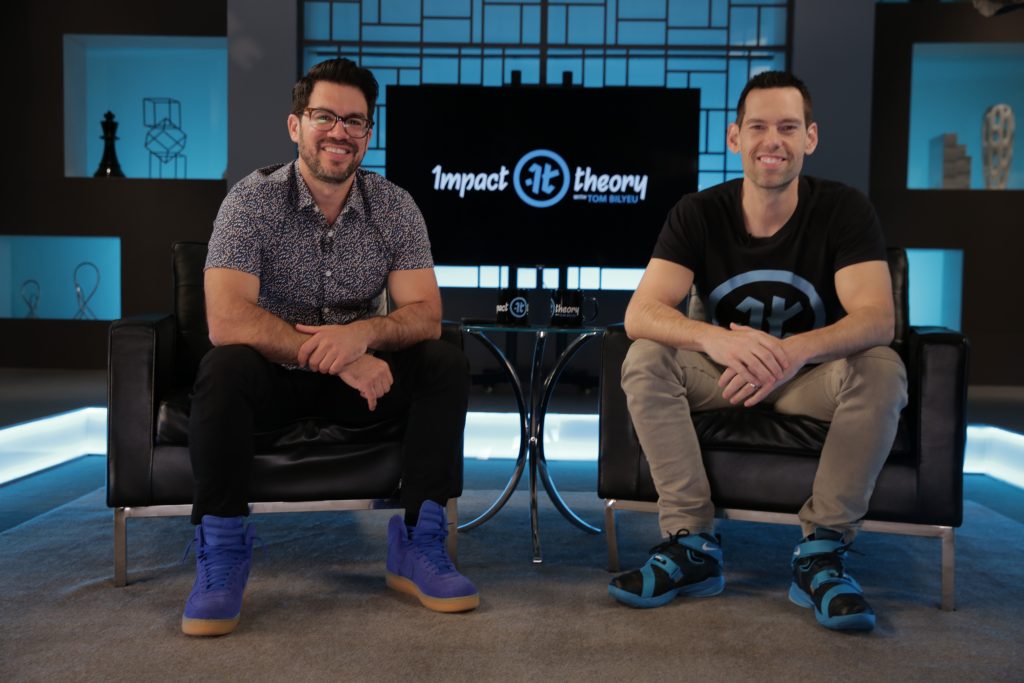 Tai walks through why he chose to live with the Amish and how he optimizes his life for adventure. [3:23]

Tai explains the notion of the four pillars of happiness and his definition of the good life. [7:33]

Tai talks about postponing pleasure for the future. [10:11]

Tom and Tai go deep into the four layers of conscientiousness. [12:39]

Tai offers practical steps on how to find your true north. [18:04]

Tai gives advice on dealing with haters and how you can learn from anybody. [22:23]

Tom and Tai discuss how pain builds discipline and how trauma helps you learn. [29:51]

Tai reveals the symptoms of narcissism. [35:00]

Tom and Tai discuss the importance of learning. [40:02]

Tai emphasizes the power of in-person networking and attending conferences. [45:33]

Tai spells out how dopamine drives us and the problem of being too ambitious. [48:27]