Secrets to Gaining Awareness from Failure

Tim Storey, also known as the “Comeback Coach”, knows exactly what you need to do to overcome any setback. This storied life coach has been invaluable to such celebrities as Kanye West, Robert Downey Jr., Vidal Sassoon and Lee Iacocca. On this episode of Impact Theory with Tom Bilyeu, Tim Storey shares tales of resilience and resurgence. And just as he has done for so many of the rich and famous, he illustrates how action and hard work forge wisdom, peace, and genuine success. 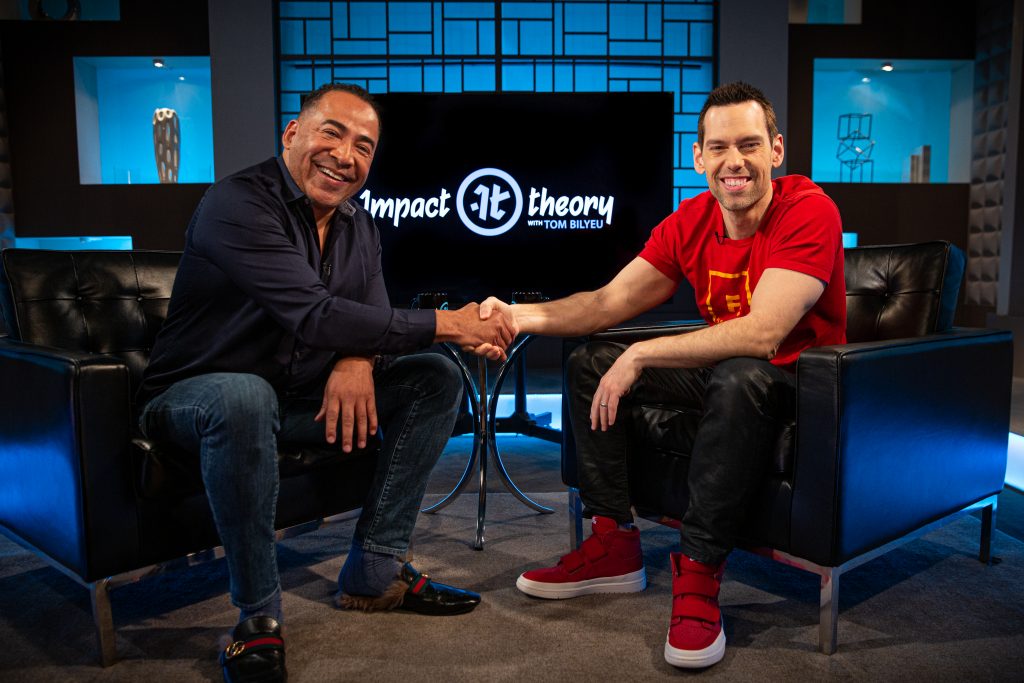 Tim explains how people lose momentum and get stuck [2:45]

Tim tells the story of his father’s death and how it devastated his family [3:46]

Tim describes what you need to do to get over a setback [5:22]

Tim explains why you must directly face the reality of the setback [6:29]

Tim talks about how to turn any setback into something positive [8:28]

Tim talks about what to do when you feel like you will never come back [12:27]

Tim talks about being drawn to the underdog and why he works with prisoners [14:30]

Tim tells a story about when he made a famous football player sit on a swing-set [16:36]

Tim talks about why Mother Theresa influenced him [19:06]

Tim explains why you need to stop chasing fantasies and get to work [21:28]

Tim illustrates how progress really happens and why faith matters [23:45]

Why Tim teaches on the same challenges he went through [25:51]

What general state of mind are people in when they make bad choices? [27:04]

Tim talks about turning setbacks into blessings and visualizing miracles [32:18]

Tim and Tom discuss the effect of limiting belief systems [36:17]

Why would Tim go through the agony of reinvention when he could just coast? [39:04]

What most people think is that they have to become a discount version of themselves. [11:12]